“Hospitality is how you make people feel.” 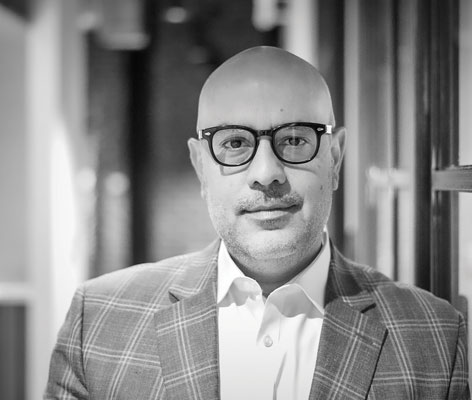 Bashar Wali is a jet setter. A really frequent flier. A recent two-week itinerary included Tokyo, Seoul, Hong Kong, Shanghai, Brussels, Luxembourg, Warsaw and Amsterdam. He rounded that trip off at Coachella, and followed it up with New York, Boston, went back to California, and eventually returned to home base in Portland, Oregon. His Instagram feed has the makings of a ‘Where’s Wali?’ book, but it also reflects his values, his love of family and his love affair with New York. He’s stayed at over 175 independent hotels in Manhattan (and counting) - it’s his goal to stay at all of them. Every visit he changes hotels nightly, “It’s a ‘FOMO’ thing, I just have to know what else is going on.” 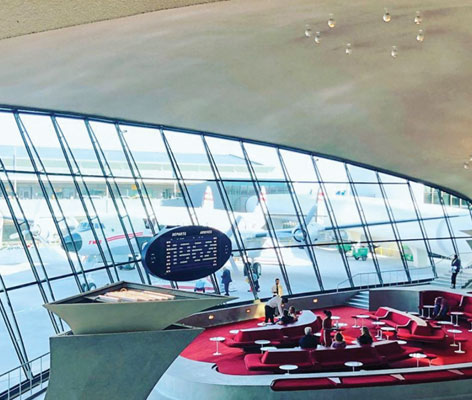 I don’t have to ask him why he loves to travel, I believe we share the same affinity, but what I do want to find out about is his love of the hotel business. Moving to the U.S. from Syria as a teen, he learned English watching Three’s Company and found his first job at a pizza shop. He started out in the hotel industry as a bell hop, and has worked at just about every level of the industry. Today, he is President of Provenance Hotels, based in Portland, Oregon, with fourteen hotels in Portland, Seattle, Tacoma, Palm Springs, Stillwater, Nashville, New Orleans and Boston.

“I’ve learned a lesson or two from over 25 years in the hotel industry. I’ve learned that people feel valued when you know them by name, that they’ll love you if you can remember their pillow preference. But more importantly, I’ve learned that no matter how sophisticated or alluring a building might be, a hotel is just a building. A building can’t smile. It can’t listen, or anticipate a need. It can be beautiful, storied and new, but at the end of the day, when your head hits the pillow, it’s just a building.

In the past year I’ve logged around 200,000 sky miles. I’ve stayed in 100+ hotels, and burned up more data using Snapchat than I care to admit. Through all these travels, it’s easy to see the industry is changing. Tokyo has a robot hotel where guests are greeted by robot dinosaurs. Sweden has a hotel made of ice, and we’re even seeing big hotel chains getting more creative. These experiences can be fun in their own right, but unless they make a meaningful connection with guests, by my standards, they miss the mark.

I once arrived in a hotel room where there was a handwritten note, ‘Mr. Wali, we know you like to watch Blackish. It’s on channel 23 at 8 p.m. We hope you enjoy your stay.’ If that’s not a personal welcome, then I’m not sure what is. That degree of thoughtfulness is about acknowledging each other on a human level.

We once had a guest make a whiskey-inspired pre-arrival request for a drawing of Neil deGrasse Tyson with a letter from Neil addressed to Bill Nye the Science Guy. And two pillow mints. He made the reservation well in advance of his stay, arrived at the hotel to find none other than a framed Neil deGrasse Tyson drawing and handwritten letter waiting for him and his girlfriend in their room. There’s a chance he forgot about ever making the request, but there’s no chance he’ll forget the experience we gave him at the hotel.

No matter what business you’re in, people want to do business with people. If I’m chasing a deal, I’m not going to get you on the phone, I’m going to take you out for coffee. If there’s one thing I can say I do well, it’s connecting with people.

We are people first and hoteliers second. And when we hold this up, as our primary value, a hotel stops being just a building. It becomes the vessel through which we engage, an expression of beliefs, ideas, innovation and place. It’s always the small things that matter. Not because of a need to be trendy or cool, but because this feeds our human nature. Hospitality is how you make people feel. 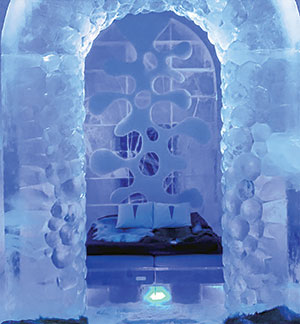 We are happier, healthier, better people when we understand that the person sitting next to us needs to feel that they belong, that they are valued, and that their needs and differences are appreciated. As a human being, as a traveler of the world, understanding our human need for belonging enables me to make a difference in the lives of others.

It brings us back to our humanity - to the decency we all deserve. There is value in relationships. If we can remember that we are people first, and live every day through this mindset, we can build relationships that are as vibrant as our ideas. A hotel is just a building. But the way we treat one another inside its walls, and within our communities, will stick with us for a lifetime.”

Bashar regularly speaks at hotel industry and business events, including TedX. His travel bucket list (though he calls it a ‘to do’ list) still includes some of the world’s most amazing places, but I can’t list them all here. You’ll likely find them, soon, on his Instagram feed, @basharwali. Catch him if you can.

ADVERTISING: For advertising rates and to advertise in or inquire about licensing or partnering with Been Magazine, please email for more information.

© 2020 Been Magazine. Images used are copyright of Been Magazine or of the featured artists. All rights reserved.